US Industrial Development Starts Plunge by 40% in Fourth Quarter

Inflation and the higher interest rates accompanying it have finally begun to curtail the largest commercial real estate construction boom by square footage recorded for any property type in the U.S. since the 1980s.

About 134 million square feet of U.S. industrial property development began construction during the final three months of 2022. This marked a steep drop of almost 40% from the quarterly tally averaged during the preceding 12 months, and was the lowest quarterly construction-starts total recorded since the initial outbreak of the Coronavirus in early 2020. 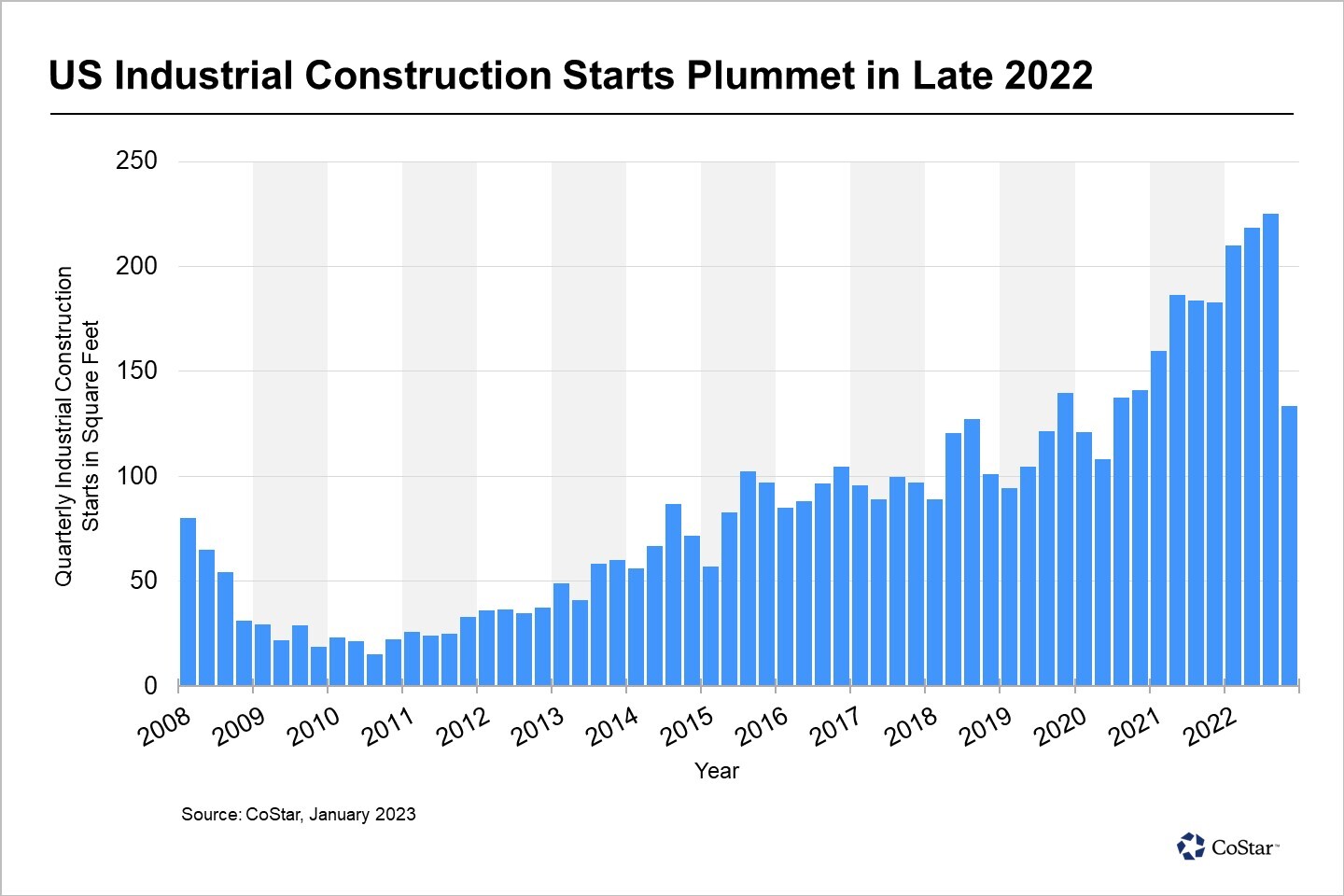 This pullback in development activity does not appear to be a response to changes in tenant demand for industrial space, which has proven relatively resilient in recent months. U.S. industrial leasing totaled roughly 275 million square feet during the fourth quarter of 2022, a decline of just 8% from the strongest fourth-quarter leasing tally ever recorded just one year earlier in 2021. 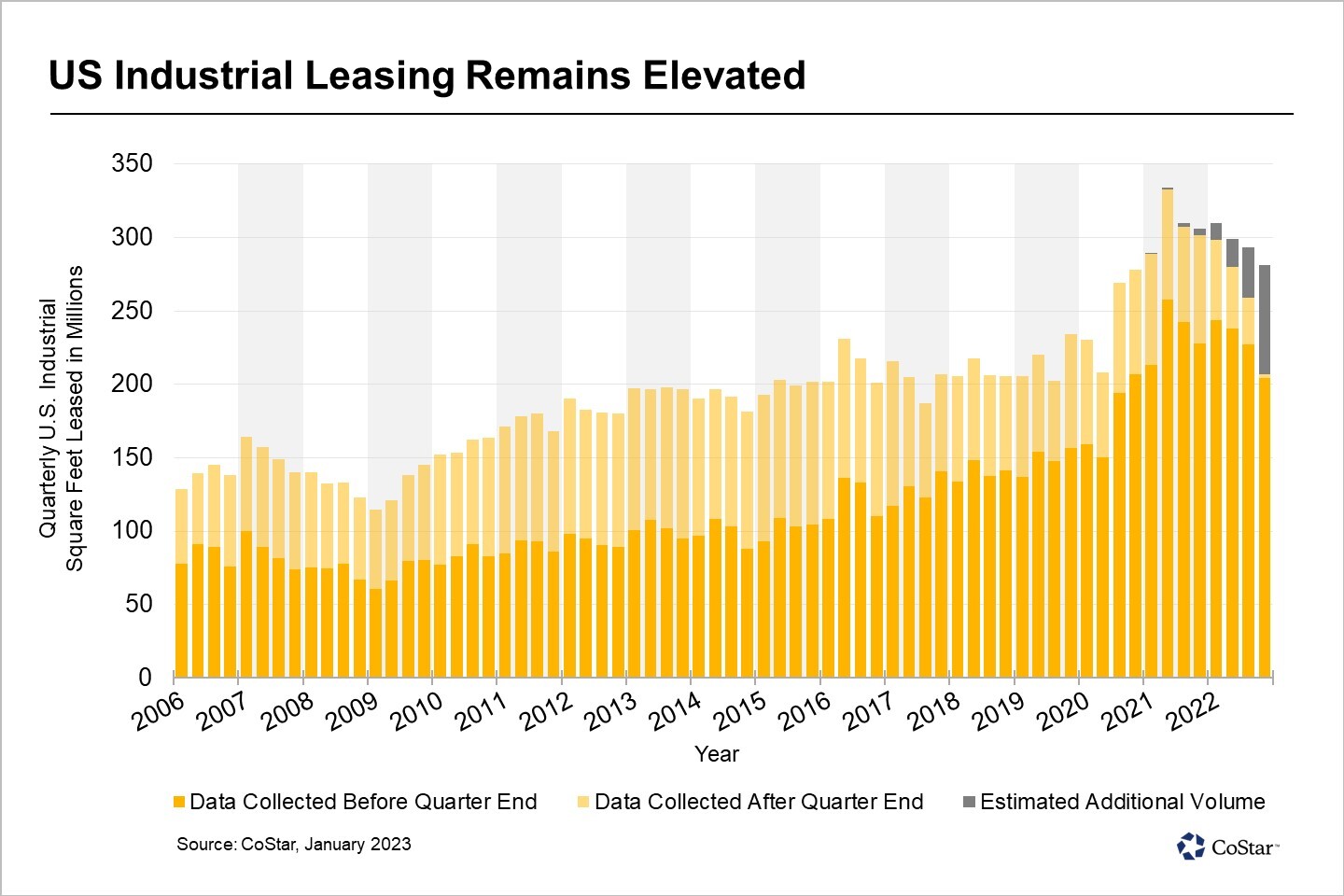 Furthermore, only 26% of the space located in large industrial properties that completed construction in 2022 is currently available for lease. So far, these recently completed projects are leasing up faster than their predecessors which were completed in 2018, 2019, and 2020. 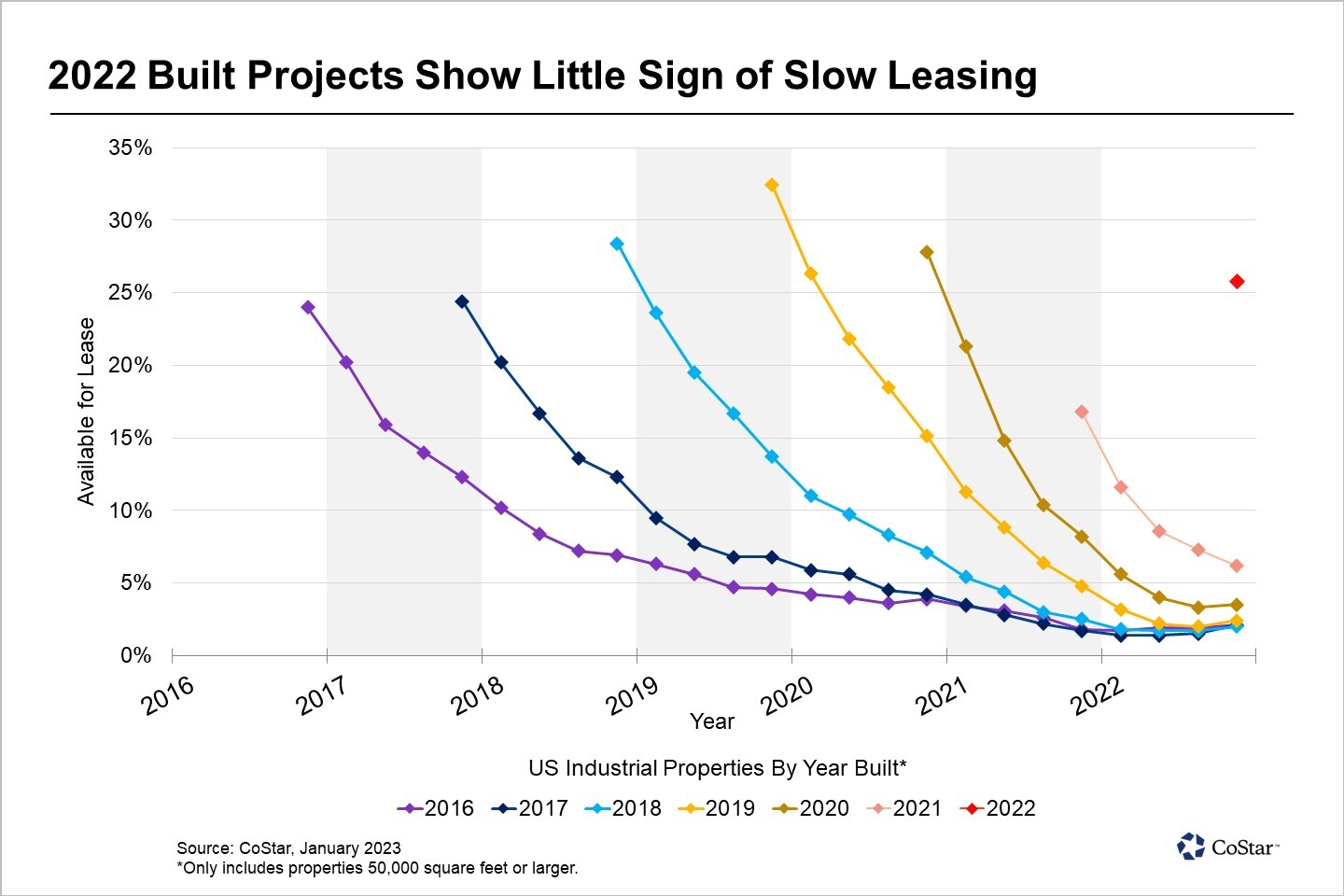 Instead it appears that the spiraling costs of construction labor, materials, and financing are playing a much greater role in driving the abrupt pullback in the number of U.S. industrial property developments breaking ground rather than a slowdown in leasing activity.

Tim Arndt, CEO of Prologis, the world’s largest industrial real estate investment trust was quick to spot early signs of this inflation-driven pullback in construction starts three months ago. “We’re seeing initial signs of a deceleration in development activity across our markets as construction and capital costs continue to increase,” Arndt said during the firm’s third-quarter 2022 earnings call in October.

Prologis expects the development pullback will become more pronounced in the months ahead. In a December 2022 publication, the firm predicted that U.S. warehouse development starts will decline by 60%, hitting a seven-year low in 2023.

The recent reduction in construction starts reflects the litany of challenges that developers are facing in the near term. However, it also raises the odds that when the coming uptick in new industrial completions over the next 12 months runs its course, the vacancy rate could tighten in 2024-25 with shortages in available distribution space returning in full force. 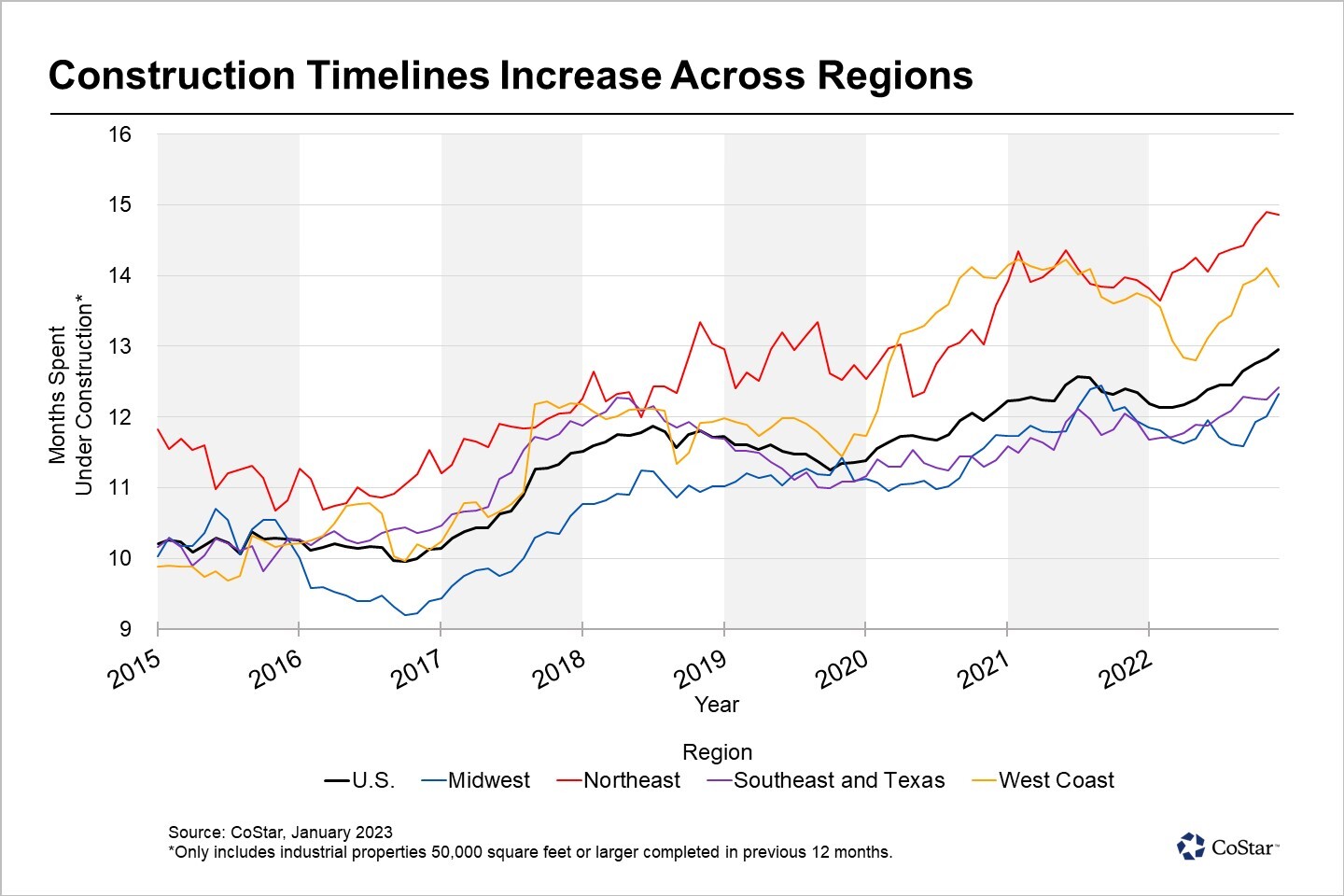 On average, large industrial developments completed across the U.S. in 2022 spent 13 months under construction, though timelines continue to steadily increase as developers have embarked on increasingly larger projects and labor shortages persist in the building trades.

At this pace, the number of speculative industrial developments finishing construction will begin to decline sharply during the first half of 2024 because of the recent pullback in construction starts during the fourth quarter. This could set the stage for the industrial market vacancy rate to begin dropping again, particularly if U.S. economic growth begins to reaccelerate by next year.